If you have read “My Adoption Story” on this site, then you are familiar with Brightside For Families and Children, the institution that provided assistance to my birth mother and where I spent the first 13 months of my life. To this day, Brightside remains very near and dear to my heart. As children we visited frequently, mostly because it was a requirement during the first year after adoption. And since I was the oldest, I returned throughout both my brothers and sisters first year as well. But then that was it! We lived just far enough away that we did not visit again for quite some time. In fact not until June of 2019. Shortly after the passing of my mother.

” And since I was the oldest, I returned throughout both my brothers and sisters first year as well. “

We actually made two visits. First my Father, Brother & Sister in Law and I made the pilgrimage to hand deliver funds that we had collected at my mother’s funeral. These were to be donated to Brightside in her memory. During this visit, we were greeted by and visited with Mark Paglia, Director For Families and Children and several members of his staff. These included Tina D’Agostino, Major Gifts Officer and Traci Heath, among others. We couldn’t have felt more welcomed. We were allowed to share our story and given a tour of the facility and several mementos of our visit.. Below is a picture from that day.

Several days later we visited again. My sister was with us this time and we had arranged to meet with Sister Mary Caritas, one of the most senior of nuns currently still at Brightside. She had actually been there at the time that we were adopted. Sister Caritas was one of the most gracious human beings that I have ever met. And in spite of her age, she was as sharp as a tack. In fact, she still holds a position of authority within the Order. What was sad was that she told us that the Order is slowly dwindling in numbers. I don’t recall the exact numbers but there are less than a hundred remaining and the majority of those are over the age of 70. She said that young girls just don’t have any interest in joining the Order as they once did. Below is a picture of us with Sister Caritas.

We visited with Sister Caritas for some time. However, there was one particular story that she shared that I will never forget. When we were at Brightside some 55 plus years ago, my parents were discussing the third and final placement, my brother Alan. My parents were told by the nun handling the placement that the birth mother had not yet signed the relinquishment paperwork. She said that we could take him home as a foster child but there was no guarantee that we could keep him. Well, you had to know my mom to understand her reaction. She told the nun that, in no uncertain terms, if he came home with us that day that they would never get him back. Period! So the nun told us to wait right there. I believe her name was Sister Violotta, if I’m not mistaken. She went and found the birth mother, took her to the office where the paperwork was awaiting her signature and instructed her to sign it. She did. And my brother came home with us that day. Evidently, Sister Violotta was prone to “bending” the rules if she felt it was in the best interest of the child.

“And my brother came home with us that day.”

After we visited, she gave us a wonderful tour of the facility which included the chapel. While giving us this tour she also gave us a very detailed history lesson of the Sisters of Providence as we walked.

The chapel had actually been built by hand in Italy by master craftsmen. It was then taken by boat and wagon to its current location at Brightside. The picture below does not do it justice. One has to visit it to truly grasp its beauty.

At my mother’s funeral, we had asked that each in attendance make a contribution to Brightside in her memory. I now ask that all who visit this page do the same, if at all possible. Of course, it is up to you but helping to enable Brightside to continue to do the work that the Sisters of Providence began is a worthwhile gift and will be appreciated by many. You may do so through the link below. The mission of Brightside for Families and Children is to be a healing and transforming presence in the lives of the youth and families we serve.  This is done through individualized services that incorporate the needs, education, and desires of every child and family supported by Brightside. If you would like to read more about Brightside and their history or success stories you can go here. The short video below will give you a more clear understanding of the need and purpose of donations. 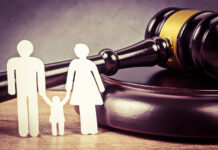